Chronic thromboembolic pulmonary hypertension (CTEPH) occurred frequently after pulmonary embolism but was less common after deep vein thrombosis (DVT), according to the results of a population-based cohort study published in Pulmonary Circulation.

Carlos Martinez, MD, of the Institute for Epidemiology, Statistics and Informatics GmbH in Frankfurt, Germany, and colleagues endeavored to determine the incidence and risk factors of CTEPH in a cohort of patients with a first venous thromboembolism (VTE) and no active cancer in England between 2001 and 2012. They determined the incidence of CTEPH using a rigorous case ascertainment algorithm and investigated CTEPH risk factors via a nested case-control method.

The authors noted that pulmonary thrombosis is common in COPD and occurs most often in damaged sections of the lung, but it may be mistaken for an acute exacerbation of COPD. In atrial fibrillation, CTEPH is often associated with an atrial clot. The overall 2-year mortality from the time of CTEPH diagnosis was 26.8%.

Study limits included the potential for unmeasured confounding or hidden bias. As the onset of CTEPH is often subtle, the date of diagnosis does not reflect the actual onset of the condition.

The researchers argued that awareness of CTEPH risk factors may increase the rates of diagnosis, while referrals to specialized centers for confirmation of CTEPH and initiation of appropriate therapy may improve patient outcomes. 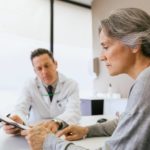