Venous thromboembolism (VTE) is a potentially life-threatening condition that occurs in 1 to 2 pregnant women per 1000.1 Key risk factors for VTE during pregnancy include increased age, the presence of comorbidities, and mode of delivery. Reduced quality of life, as a consequence of post-thrombotic syndrome, is seen in approximately 50% of women who experience deep vein thrombosis (DVT) in pregnancy, with the majority of lower extremity DVTs occurring antepartum; most pregnancy-related pulmonary embolisms (PEs) occur postpartum. An ongoing challenge in treating VTE during pregnancy is a lack of high-quality evidence to guide clinical decision-making.

Diagnosis of VTE in Pregnant Women

Due to high maternal morbidity and mortality associated with VTE in pregnancy, the threshold of suspicion is low. D-dimer levels rise during pregnancy and are commonly above the standard threshold of 500 ng/mL, often prompting further imaging for VTE diagnosis. As standard lung imaging involves radiation exposure, computed tomographic pulmonary angiography (CTPA) and ventilation-perfusion (V/Q) scanning are recommended in women with a suspicion of PE. While both techniques have distinct risks and benefits, V/Q scanning is not always available; thus, CTPA is often used to rule out PE.

The authors suggested that the pregnancy-adapted YEARS algorithm is a safe and efficient diagnostic tool for women with suspected PE during pregnancy. Recent evidence showed that 39% of women did not need CTPA to rule out PE using this algorithm. Currently, use of a single whole leg ultrasound with visualization of the iliac vein is recommended in pregnant women with suspected DVT. In addition, if leg symptoms suggest a pelvic vein thrombosis, and if the adequacy of ultrasonographic imaging of the iliac vein is in question, magnetic resonance imaging (MRI) may also be considered; however, this technique is not validated for DVT.

Treatment of VTE in Pregnancy

Low-molecular-weight heparin (LMWH) is the treatment of choice for VTE in pregnant women, as it is not teratogenic and does not cross the placenta. With respect to evidence for dosing, it is generally extrapolated from nonpregnant patients, and there are no data indicating a twice-daily regimen is better than a once-daily regimen of therapeutic dose LMWH. In the authors’ clinical practice, the patient’s body weight at the time of diagnosis is used to calculate the appropriate dose of LMWH. They recommended that LMWH should be continued until 6 weeks postpartum with a minimum total duration of 3 months.

Furthermore, they recommended monitoring anti-Xa levels 4 hours following injection in women with acute VTE, with an anti-Xa level target of 0.8 to 1.6 (once-daily regimen at 6- to 8- week intervals). As a result, they instruct patients to inject their LMWH dose in the morning to meet the 4-hour postinjection time point of blood withdrawal.

While the risk of anticoagulant-related bleeding is present with LMWH, it is assumed to be low, as most bleeding in pregnancy has a primary obstetric origin. Recent studies have estimated an antepartum incidence of hemorrhagic complications of 3.28% (95% CI, 2.10-4.72) in pregnant women treated with LMWH or unfractionated heparin (UFH) for acute VTE.2 In addition, LMWH can cause local bruising and skin reactions in up to 25% of pregnant women, but these are mostly type 4 delayed hypersensitivity reactions related to the subcutaneous administration of LMWH.3,4 Heparin-induced thrombocytopenia (HIT) is very rare in pregnant women (incidence <0.1%), but some cases have been reported.5 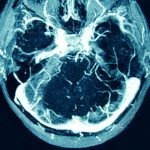