Among patients with obstructive prosthetic valve thrombosis, low-dose and slow/ultraslow infusion of tissue plasminogen activator (tPA) were associated with low rates of complication and mortality, according to findings published in the Journal of the American College of Cardiology.

Study limitations included the non-randomized observational design, that only short-term follow-up data was included, and surgical skills were not standardized. Additionally, more women were in the TT group than the surgery group, which may have led to bias.

“Slowly administered infusions of tPA are a safe and effective alternative to surgical therapy in selected patients with obstructive mechanical heart valve prostheses,” the researchers wrote. “Surgery has a high mortality rate even in experienced centers; therefore, TT may be considered as a beneficial treatment strategy in patients with obstructive [prosthetic valve thrombosis] in the absence of contraindications.” 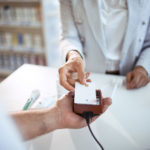 Cost-Effectiveness of Eltrombopag for Patients With Immune Thrombocytopenia