Researchers recently developed a model to predict the risk of developing postpartum hemorrhage (PPH) in pregnant women with immune thrombocytopenia (ITP). Details were published in a paper in the American Journal of Hematology.

The research team explained in their report that, worldwide, PPH is the leading cause of maternal death and that ITP is a predisposing factor for PPH. However, they noted that fatalities associated with PPH may be limited with timely intervention.

In a multicenter, retrospective analysis, the researchers included data for pregnant women with primary ITP who were treated at 18 tertiary care centers throughout China. A total of 25 clinical parameters were evaluated in univariable analysis to identify possible predictors of PPH. Those who showed a relationship to PPH at a significance of P <.1 were included in a multivariable logistic regression analysis. Temporal and geographic cohorts were used for validation.

A final model based on 7 variables was developed, which was named the “MONITOR” model. The variables included in this model were placental abnormalities, previous uterine surgery, primiparity, World Health Organization bleeding score, antepartum platelet transfusion, maternal complication, and platelet count.

“In summary, we have developed and validated a highly discriminating, well-calibrated, and parsimonious prediction model, the MONITOR, to predict the risk of PPH in pregnant women with ITP,” the researchers wrote in their report. They also indicated that the potential for early diagnosis enabled by the model may contribute to better clinical outcomes. 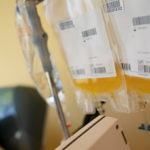