Splenectomy remains safe and effective in patients with immune thrombocytopenic purpura (ITP) who do not respond to other treatments, according to research published in the Journal of Surgical Research.

Researchers conducted a retrospective analysis of 84 patients with ITP treated with splenectomy at a single center in the United States between 1994 and 2017. Patients had received a median of 3 (range, 1-6) medical agents prior to surgery, and 14.3% of patients experienced medication-related complications.

Splenectomy was nonelective in 52% of cases and elective in 48%. The majority of patients (81%) had laparoscopic splenectomy, and 17.8% of patients had an accessory spleen removed during surgery.

Postoperative surgical complications occurred in 15 patients, with 10 patients experiencing Clavien-Dindo grade 2 or 3 complications. Mortality at 30 days was 0%, and no postsplenectomy sepsis or thrombosis was seen.

With the introduction of new therapeutic agents to clinical care of patients with ITP, splenectomy is now often offered as third- or fourth-line treatment. However, the researchers suggested that offering splenectomy as second-line treatment following lack of response to medical therapy may reduce both treatment- and splenectomy-related complications.

The researchers acknowledged that the cost-effectiveness of splenectomy compared with long-term medical therapy is currently unknown, and further studies are warranted. “Although splenectomy has a high initial cost,” they wrote, “early splenectomy may be associated with a lower total health care cost than treatment with newer medical therapies as it has such a high long-term complete response rate.” 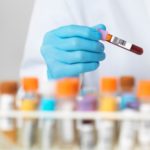