Among pediatric patients with cerebral venous thrombosis (CVT), those treated with rivaroxaban or standard anticoagulants had a lower risk of both venous thromboembolism (VTE) and bleeding, according to a predefined subgroup analysis published in Blood Advances.

While anticoagulant therapy is widely used in this setting, there is scant published support for its use. Recently, a phase 3 trial suggested that anticoagulant therapy, as well as rivaroxaban, a direct factor Xa inhibitor, appear to be safe and effective among pediatric patients presenting with VTE. For this subgroup analysis, researchers evaluated the safety and efficacy of rivaroxaban and standard anticoagulation among those who presented with CVT in the larger study.

In the rivaroxaban group, 18 patients (25%) and 39 patients (53%) had complete and partial sinus recanalization, respectively, compared with 6 patients (15%) and 24 patients (59%) in the standard anticoagulation group.

“In summary, most children with acute CVT had favorable clinical outcomes,” the authors wrote. “Both rivaroxaban and standard anticoagulants were associated with low risks of recurrent thrombosis and major bleeding.” 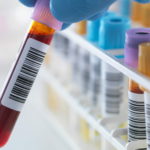