Rivaroxaban may be associated with a reduced risk of overall bleeding, gastrointestinal bleeding, and intracranial bleeding in patients with unprovoked venous thromboembolism (VTE) compared with warfarin, according to a retrospective study published in the European Journal of Hematology. The study also found that no single bleeding subtype was significantly more frequent in patients receiving rivaroxaban.

The study authors examined the association between major bleeding risk and rivaroxaban, a direct-acting oral anticoagulant compared with warfarin, a vitamin K antagonist, in patients with unprovoked VTE treated between January 2012 and December 2016. Claims data were collected from a commercial insurance database and a Medicare supplemental database.

Primary outcomes for the study were overall major bleeding and bleeding subtypes. Duration of medication and recurrence of VTE was also assessed.

The authors concluded that rivaroxaban may be associated with a lower risk of overall major bleeding when used in clinical practice. However, they cautioned that this study has significant limitations because the data were collected from claims databases. 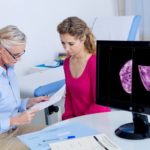