Acute care hospitals in low-income, minority, and rural areas were less likely to receive stroke certification in the United States, according a observational study published in JAMA Neurology.

Interventions for stroke have improved over the last two decades, but in the US, Black patients are less likely to receive advanced care. The Joint Commission in partnership with the American Heart Association began to standardize stroke care in 2004 by offering certification to hospitals, at their own expense. This study sought to evaluate systematic structural discrimination in access to quality stroke care among traditionally underserved communities.

Researchers with the National Bureau of Economic Research sourced data from stroke accreditation organizations the Joint Commission, Det Norske Veritas, Healthcare Facilities Accreditation Program, and Center for Improvement in Healthcare Quality. Between 2009 and 2019, hospitals with and without stroke certification were evaluated for rurality and the income level and ethnicity of the populations they serve.

Results were similar in sensitivity analyses.

This study may have included some errors, as there is not a central repository on data about stroke certification and data were sourced from various repositories in differing formats.

The researchers concluded that “Other literature has shown that stroke-certified hospitals provide higher-quality stroke care; our findings suggest that structural inequities in stroke care may be an important consideration in eliminating stroke disparities for vulnerable populations.” 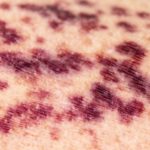