The availability of new immunosuppressants has reduced the use of splenectomy in thrombotic thrombocytopenic purpura (TTP). However, splenectomy may still be considered in some refractory TTP cases associated with increased ADAMTS13 antigen clearance, according to a report published in Hematology Reports.

The report was published by a team at the University of Padua in Italy and describes clinical and laboratory data from 2 patients with multiple relapsing TTP who successfully underwent splenectomy, the first in 2005 and the second in 2006.

The first patient had nearly normal ADAMTS13 antigen levels during remission periods; however, during TTP recurrence, she had consistently low antigen levels (< 0.5 IU/mL). In contrast, anti-ADAMTS13 antibodies and ADAMTS13 activity did not correlate with remission. Sequencing of the ADAMTS13 gene identified 4 heterozygous amino acid changes. At the 13-year follow up, the patient remained in remission.

The second patient showed similar changes in ADAMTS13 antigen levels, which were normal during remission and reduced during TTP episodes. Again, ADAMTS13 activity (< 5%) and anti-ADAMTS13 (> 120 IU/mL) antibodies were stable. One year after splenectomy in 2007, the patient had an isolated episode of thrombocytopenia that was resolved with plasma exchange and has been in remission since then.

In both cases, a reduction in the ADAMTS13 antigen level was always associated with TTP recurrence. After splenectomy, the levels returned to normal, and both patients have experienced long-term remission.

The authors concluded, “Our experience suggests that, by removing a major site of clearance of opsonized ADAMTS13, splenectomy could be considered in those refractory TTP subjects who relapse and have concomitant low ADAMTS13 antigen levels.” 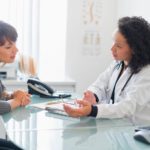 Equivalence Between Rituximab Originator and Biosimilar in Immune Thrombocytopenic Purpura