A French working group comprising 50 members from 3 countries recently developed a set of practice guidelines for managing neonatal thrombocytopenia (NNT) in the context of suspected or confirmed fetal and neonatal alloimmune thrombocytopenia (FNAIT). Their guidelines were published in Archives de Pédiatrie.

The group reviewed current literature, existing international guidelines, and responses to a questionnaire they developed and sent to experts in 22 hospitals in France and Switzerland to inform the creation of their guidelines.

FNAIT occurs in 1 out of every 800 to 1000 newborn children. It is typically suspected when a fetus exhibits intracranial hemorrhage or when a newborn exhibits major bleeding or severe thrombocytopenia in the absence of a nonalloimmune cause. In infants with suspected FNAIT, the working group suggested conducting platelet counts for both the infant and the mother. A diagnosis of FNAIT may be confirmed if the mother has a normal platelet count and the child does not, or if there are alloantibody incompatibilities between the mother and child.

Current evidence does not indicate a relationship between platelet threshold for transfusion and bleeding risk in infants with NNT without alloimmune origin. As a result, the working group suggested thresholds of 30 x 109/L in healthy neonates without bleeding symptoms, 50 x 109/L in preterm infants or infants with low birth weight, and 100 x 109/L in healthy neonates with bleeding symptoms. They also suggested the use of antigen-matched platelets at a dose of 0.2 x 1011/kg up to a volume of 20 mL/kg, though they acknowledged that random platelets and intravenous immunoglobulins could also be considered if antigen-matched platelets were not readily available.

Finally, because the risk of recurrent intracranial hemorrhage increases during subsequent pregnancies, the working group suggested that mothers with histories of affected infants undergo preconception consultations to guide the development of appropriate management strategies for future pregnancies.

The working group concluded that their treatment algorithm including platelet thresholds for transfusion and guidelines for postnatal care offered “an attempt to standardize the management of NNT of a suspected or confirmed alloimmune origin.” However, they cautioned that there was a lack of randomized controlled trials for therapeutic options for infants with NNT of alloimmune origin; as such, they noted that their guidelines “must be considered as suggestions and not recommendations.” 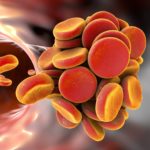 Apixaban May Reduce Risk for Venous Thromboembolism in Patients With Cancer