Results from a retrospective study published in the Lancet Haematology provided additional support that the anticoagulants apixaban, rivaroxaban, and warfarin are similarly efficacious and safe in morbidly obese patients with atrial fibrillation (AF) or venous thromboembolism (VTE).

Researchers sought to elucidate the efficacy and safety of direct oral anticoagulants (DOACs) in morbidly obese patients, defined as having a body mass index (BMI; calculated as weight in kilograms divided by height in meters squared) of 40 or greater, with nonvalvular AF or VTE. The study involved comparing the efficacy of apixaban and rivaroxaban, both of which are DOACs, with the efficacy of warfarin, a vitamin K antagonist.

This single center, retrospective analysis examined chart data for 795 patients with a BMI of 40 or greater who were prescribed apixaban (150 patients), rivaroxaban (326 patients), or warfarin (319 patients) for AF or VTE at Montefiore Medical Center in the Bronx, New York, between March 2013 and March 2017.

Time-to-event analyses, which accounted for length of follow-up, indicated that risk for stroke and composite bleeding in patients with AF and risk for all outcomes in patients with VTE were not significantly different between all 3 anticoagulant groups.

Prospective confirmation of these results could encourage the use of DOACs in morbidly obese patients. The authors concluded, “Although the overall low incidence of events in our study population was reassuring, a randomized controlled trial is needed to enable patients with morbid obesity to benefit from more convenient therapies [that] might also offer a net clinical benefit.” 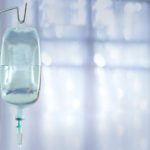 A New Standard of Care for Immune-Mediated Thrombotic Thrombocytopenic Purpura?