Improved detection and initiation of prophylactic treatment would help to improve long-term outcomes among individuals with hereditary thrombotic thrombocytopenic purpura (hTTP), according to research published in Blood Advances.

Accurate diagnosis of hTTP has historically been difficult, although the disease was first reported in the mid-1970s. The disease is characterized by biallelic ADAMTS13 mutations and severe ADAMTS13 deficiency, which is linked with comorbidities and an increased risk of death.

In order to determine how to best test for hTTP in patients presenting with comorbidities, and therefore when to initiate prophylaxis, it is important to evaluate for signals indicative of presence of the disease. For this study, researchers evaluated health outcomes, survival rates, and characteristics of patients diagnosed with hTTP.

The authors noted that 34 women, furthermore, were diagnosed during pregnancy, at which point hTTP is exacerbated. This finding, they argued, may suggest that many males, and females who are yet to become pregnant, with hTTP may not be diagnosed.

“More common use of ADAMTS13 measurements will identify hTTP as a cause of severe hyperbilirubinemia in newborn infants, stroke in children and young adults, and severe complications during pregnancy,” the authors wrote. “More frequent identification of patients with hTTP and more convenient prophylaxis will prevent major morbidities and deaths.” 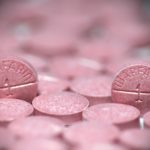