In a recent study, researchers characterized a pathway with apparent effects on the regulation of thromboinflammation and deep vein thrombosis (DVT). They reported their findings in the journal Blood.

“Importantly, our study provides proof of the concept that targeting the Gab2-MALT1 axis using MALT1 inhibitors would be beneficial to treat thromboinflammation and thrombogenesis in DVT without inducing bleeding complications associated with direct inhibitors of coagulation,” the researchers wrote in their report.

DVT has traditionally been managed through anticoagulation, but this can enhance bleeding risk. However, evidence indicates the pathogenesis of DVT also has an inflammatory component, related to interleukin 1b (IL-1b), supporting the use of strategies aimed at inflammation.

In prior research, the group had found that Gab2, a docking protein involved in signal transduction, is a regulator in inflammatory receptor signaling and involved in activation of NF-kB and prothrombotic gene expression. In this study, they explored a mechanism by which Gab2 appears to be involved in thromboinflammation, with another protein called MALT1. MALT1 also is involved in NF-kB activation and, with CARMA1 and BCL-10 proteins, forms a system called the CBM signalosome.

The researchers investigated the roles of Gab2 through in vitro experiments using primary human umbilical vein endothelial cells, as well as in vivo experiments in mice. Techniques they used included gene silencing, using small interfering RNAs, and treatment with mepazine, an IL-1b-targeted therapy that inhibits MALT1.

After performing gene silencing, the researchers treated cells with a variety of factors, including IL-1b and others, and they measured multiple outcomes, such as P-selectin mobilization, von Willebrand factor (VWF) release, and neutrophil adhesion. Thrombus development is promoted in endothelial cells by processes like the movement of P-selectin to the exterior of cells, release of VWF, and neutrophil adhesion.

Treatment of cells in this study with IL-1b, as well as with tumor necrosis factor a, was associated with the movement of P-selectin to cell surfaces and other related outcomes. While the silencing of Gab2 did not affect P-selectin abundance, silencing of Gab2 appeared to suppress P-selectin mobilization, VWF secretion, and neutrophil adhesion to endothelial cells. Additional experiments suggested the activity of Gab2 functioned independently of factors like NF-kB and TAK1 but was associated with Rho activation.

In cells treated with Gab2 silencing, interactions of the CBM signalosome were inhibited, suggesting Gab2 has a role in assembly of this signalosome. Additionally, thrombus formation appeared to be decreased in Gab2-deficient mice, as well as in mice treated with mepazine.

The researchers concluded that Gab2 and MALT1 form an independent axis in thromboinflammation, and they noted MALT1 may be a potential target in reducing thrombosis. “Further studies are required to address the cell-specific contribution of Gab2–MALT1 signaling in the pathogenesis of DVT,” they wrote in their report. 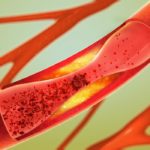 Patterns Identified With Cerebral Venous Thrombosis in a Population-Based Study