Patients with thrombotic thrombocytopenic purpura (TTP) associated with systemic lupus erythematosus (SLE) did not have worse treatment outcomes than did patients with primary immune-mediated TTP (iTTP), according to study results published in the Orphanet Journal of Rare Diseases.

In their report, the researchers explained that SLE can rarely lead to TTP and that TTP resulting from SLE (SLE-TTP) is a form of iTTP. They also stated that there has been speculation that SLE-TTP may lead to more serious outcomes than are typically seen with primary iTTP. However, they noted that studies of SLE-TTP have generally not included analyses of ADAMTS13 levels or ADAMTS13 inhibitor status.

The study was an analysis of data for 28 patients who were treated for iTTP at the Peking Union Medical College Hospital in Beijing, China. Treatment and outcomes were followed for patients with TTP who were seen at this facility, and who had severe ADAMTS13 deficiency and positive ADAMTS13 inhibitor status based on assays.

The researchers identified 36 patients who showed acquired ADAMTS13 deficiency, of whom 10 were deemed to have SLE-TTP, and 18 were considered to have primary iTTP.

In an adjusted analysis of these populations, clinical remission appeared significantly more likely for patients with SLE-TTP than for those with primary iTTP (hazard ratio, 7.6; P =.03).

“The treatment responses and outcomes of SLE-TTP were no worse and perhaps even better than those of primary iTTP,” wrote the researchers. They also recommended consideration of ADAMTS13 level and ADAMTS13 inhibitor status in patients diagnosed with SLE-TTP. 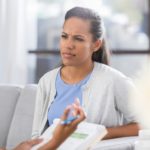 Level of Health Literacy Among Patients With Thrombotic Thrombocytopenic Purpura