In a recent study of patients with COVID-19, patients who also had myeloproliferative neoplasms (MPNs) showed a greater risk of arterial thrombosis than patients without MPNs did. However, patients with or without MPNs had similar risks of venous thromboembolism (VTE), bleeding, and death. The study results were published in the journal Research & Practice in Thrombosis & Haemostasis.

The researchers conducted a retrospective cohort analysis of the electronic health records of patients within the Mass General Brigham health system who had tested positive for SARS-CoV-2 infection by polymerase chain reaction analysis between March 1, 2020 and January 1, 2021. Cohorts included patients who had MPNs and those without MPNs.

In terms of patient characteristics, patients of the MPN cohort tended to be older and more often had cardiovascular morbidities. With adjustments for age, the researchers performed a time-to-event analysis that showed the risk of AT being higher with MPNs than without MPNs (subdivision hazard ratio, 3.95; 95% CI, 1.09-14.39). Risks of VTE, bleeding, or death did not appear to be higher with MPNs.

The study investigators concluded that in patients with COVID-19, the presence of an MPN was associated with an increased risk of arterial thrombosis, but not higher risks of VTE, bleeding, or death, compared with the absence of an MPN. However, they also noted the sample size was small and suggested larger studies are necessary for confirmation of the study’s results. 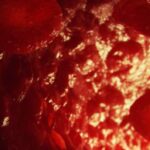