Researchers conducted an observational, cohort study comparing patients with acute ischemic stroke treated with EVT and alteplase with those who had EVT without alteplase from February 1, 2019 to June 30, 2020.

In addition to sICH, the researchers evaluated how alteplase therapy impacted discharge destination, patient ability to ambulate independently at discharge, modified Rankin score, mortality, and cerebral reperfusion based on the modified Thrombolysis in Cerebral Infarction grade.

Patients receiving alteplase demonstrated improved cerebral reperfusion, scoring 2b or greater on the modified Thrombolysis in Cerebral Infarction grade compared with patients who were not treated with alteplase (90.9% vs 88.0%; aOR, 1.39; 95% CI, 1.28-1.50; P <.001).

“Although alteplase treatment probably increases the risk [for] sICH after EVT in routine clinical practice, this does not translate to worsening in discharge disability or mortality,” the researchers stated. “Alteplase or other thrombolytics may still have an important role in patients undergoing EVT for large vessel occlusion, particularly in patients where a delay in accessing the angiography suite is anticipated…”

Study limitations included not reporting outcome assessment 90 days after patient discharge to predict disability, and not evaluating the use of tenecteplase instead of alteplase due to the current lack of approval of tenecteplase for patients with acute ischemic stroke by the Food and Drug Administration (FDA). 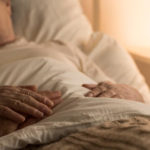