Frequently, fXa inhibitors are used to treat and prevent thromboembolic diseases, including venous thromboembolism. These therapies, which inhibit the coagulation cascade, may, however, increase the risk of bleeding, leading to a need for reversal. Yet the optimal method for inducing fXa inhibitor reversal is not well-established. While the U.S. Food and Drug Administration (FDA) approved andexanet alfa for reversing apixaban and rivaroxaban in 2018, safety and cost concerns remain.

In 2013, 4F-PCC, which contains clotting factors II, VII, IX, and X, as well as antithrombotic proteins C and S, received FDA approval for reversal of oral vitamin K antagonist–associated coagulopathy. For this retrospective study, researchers evaluated whether 4F-PCC is safe and effective for managing bleeding events related to fXa inhibitor use. The authors used criteria similar to those used in ANEXXA-4 (ClinicalTrials.gov Identifier: NCT02329327), a phase 3b/4 safety trial completed in 2019 that evaluated andexanet alfa.

Overall, data from 119 patients were included, of which 83 matched ANEXXA-4-like criteria. The overall mean age was 77 years, 55% of patients were men, and 59% and 41% of patients had received apixaban and rivaroxaban, respectively. A total of 85 patients (71%) needed reversal because of intracranial bleeding.

“Administration of 4F-PCC for the reversal of oral fXa inhibitors was effective with relatively low thrombotic risk,” the authors wrote. “4F-PCC appear to have similar clinical success rates when indirectly compared with andexanet alfa with reduced prothrombotic risk and cost.” 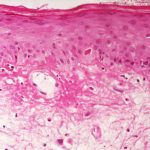