In a recent study of patients with beta-thalassemia, researchers characterized changes to the lipid content of red blood cell (RBC) membranes following treatment with hydroxyurea. They reported their findings in the journal Molecular Omics.

RBCs were collected from patients with b-thalassemia, and the RBC lipidome was isolated. Lipid profiles were examined using liquid chromatography/tandem mass spectrometry. The researchers evaluated data regarding lipid profiles in the context of the presence or absence of hydroxyurea treatment and whether an IVS mutation was present or not.

Patient subgroups revealed many potential differences in the abundance of lipid species. The presence of an IVS mutation appeared associated with trends of different expression levels for multiple lipid species, relative to the lipid signatures of patients without IVS mutations.

In patients with and without IVS mutations, treatment with hydroxyurea was associated with increases in complex membrane lipids, including phospholipids and glycerides, and generally with downregulation of fatty acids. However, the opposite patterns were reportedly seen in lipid profiles of patients with IVS mutations who lacked treatment with hydroxyurea. The researchers noted that fatty acids are linked to the degradation of complex lipids.

“The study will lead to an understanding of the disorder at the molecular level, eventually initiating improved treatment options and identifying the phenotype of the patients,” the researchers wrote in their report. 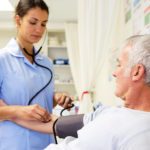