Beta-thalassemia is a highly prevalent genetic disorder characterized by reduced synthesis of beta-globin chains or absence of beta-globin gene expression.1 Patients with transfusion-dependent thalassemia (TDT), the most severe form of the condition, require lifelong transfusions and iron chelation therapy due to chronic anemia.1,2 Recently, several novel gene therapy options are under investigation as potentially curative agents for TDT.2

In a review published in Stem Cells Translational Medicine, Isabelle Thuret, MD, of the department of pediatric onco-hematology at Marseille University in France, summarized current literature surrounding the treatment of TDT. Dr Thuret and her colleagues also reviewed several emerging gene therapies, which are currently being evaluated in clinical trials.

Although conventional treatments have significantly improved patients’ quality of life and survival over the past few decades, they do not provide a definitive cure. Other barriers include the lack of availability and concerns around affordability.

Besides supportive care interventions, allogeneic hematopoietic stem cell transplantation (allo-HSCT) has been used to treat TDT for several decades, establishing its ability to cure this inherited blood disorder. However, it remains limited by a lack of suitable donors for a large majority of patient candidates. 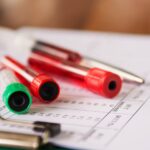