The use of transfusion and iron chelation therapy has extended the lifespan of patients with beta thalassemia major (BTM), allowing patients who may previously have died in childhood to survive to over 40 years of age.1

Though BTM has been historically more prevalent in populations of the Mediterranean Basin, Middle East, India, and Southeast Asia,2 patients with this hereditary hemoglobin disorder are now living worldwide and the disease and its associated complications require lifelong clinical management. For this reason, experienced multidisciplinary teams are striving to document previously unseen complications and create treatment guidelines for this continually aging patient population.3,4

In a report published in Hemoglobin, a team of hematologists and cardiologists presented an overview of the diagnosis, management, and therapeutic options for atrial fibrillation (AFib) in patients with BTM.

“After years, [iron overload] ― this silent, small, chronic damage to the heart by [iron-mediated] oxidation ― may predispose [patients with BTM] to [AFib],” said Antonio Piga, MD, of Turin University in Italy, and senior author of the article, in an interview with Hematology Advisor.

To address why AFib is more prevalent in patients with BTM, the investigators defined the complication in terms of Coumel’s triangle. Cardiologist Philippe Coumel, MD, delineated 3 primary components required for the production of a clinical arrhythmia: the arrhythmogenic substrate, the trigger factor, and the modulation factor.5

In patients with BTM, the arrhythmogenic substrate is represented by the iron overload and left atrium dilatation. Iron-loaded myocytes have irregular action potentials,6 creating patchy areas that increase potential for arrhythmogenesis.7 Furthermore, in patients with chronic anemia, arrhythmia is known to be associated with high cardiac output and cardiac remodeling caused by volume loading.

“In general, the hemodynamic state of a chronically anemic patient is hyperdynamic,” said Federico Fornari, MD, of Turin University in Italy, second author on the report. “In patients [with thalassemia], atrial dilatation is relatively frequent. Iron overload may lead to cardiac wall stiffness and alter electrophysiological pathways.”

“With the lack of large, controlled studies, nobody can say if this [increased prevalence] is simply due to an improvement in survival or if it is due to other factors,” added Dr Piga. “The fact is that the prevalence is going up in a disease that has other risk factors for [AFib].” 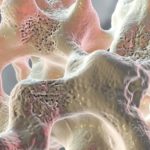