(HealthDay News) — A one-time infusion of betibeglogene autotemcel (beti-cel) gene therapy yields high levels of transfusion independence in children and adults with transfusion-dependent β-thalassemia and a non-β0/β0 genotype, according to a study published in the Feb. 3 issue of the New England Journal of Medicine.

Franco Locatelli, M.D., Ph.D., from the University of Rome, and colleagues conducted an open-label phase 3 study to examine the efficacy and safety of beti-cel in adult and pediatric populations with transfusion-dependent β-thalassemia and a non-β0/β0 genotype. Twenty-three patients were enrolled, underwent myeloablation with busulfan, and then received intravenous beti-cel. Patients were followed for a median of 29.5 months.

“These data suggest that in most patients with transfusion-dependent β-thalassemia and a non-β0/β0 genotype, one-time infusion of beti-cel is potentially curative through transfusion independence and the attainment of near normal hemoglobin levels,” the authors write. 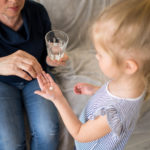 Adherence to Iron Chelation Therapy in Young Patients With Thalassemia