An Iranian brand of deferasirox, Osveral, may be as effective as Exjade for reducing iron overload among patients with major beta thalassemia, according to research published in the Caspian Journal of Internal Medicine.

Major beta thalassemia, a heritable hemolytic anemia characterized by ineffective erythropoiesis and hemolysis, is generally treated with blood transfusions and iron chelation. Both treatments are considered necessary for reducing serum iron overload, which may damage organs and cause mortality.

Standard iron chelation has included deferasirox for the past decade in the United States. Previously published research has, furthermore, shown that deferasirox is both safe and effective in patients older than 2 years.

There are, however, several brand names of deferasirox available. For this study, researchers aimed to determine whether Osveral, an Iranian brand of deferasirox, is as equally effective as is Exjade, which was marketed by Novartis in the US, among patients with major beta thalassemia.

“Osveral® can be a suitable cost-effective and a good alternative for Exjade® in Iranian patients with major [beta]-thalassemia,” the authors wrote in their report. 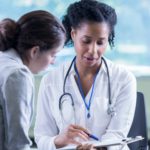