According to the result of a study published in the journal Global Pediatric Health, prenatal diagnosis (PND) led to early diagnosis of transfusion-dependent thalassemia (TDT) and better growth outcomes.

The investigators retrospectively evaluated the clinical outcomes of children with thalassemia whose parents did or did not undergo PND testing and surveyed the reasons why parents who received a PND of TDT decided to continue the pregnancy. They also surveyed the reasons why some parents did not undergo PND testing despite cost reimbursement under the universal insurance coverage in Thailand.

typing result, and treatment received. The questionnaire was given to the children’s parents to collect data on prenatal history, thalassemia status in patients’ siblings, gestational age at first antenatal care visit, gestational age at PND if applicable, and the reason for continuing pregnancy.

A higher proportion of parents in the PND group compared with those the non-PND group knew that their child was at risk of developing thalassemia before conception (66% vs 14%; P ≤.001). Among parents who received PND of TDT, the most common reason to continue the pregnancy was the parents’ willingness to have a child despite knowing that the child will require lifelong transfusion therapy (33%), followed by a refusal to terminate the pregnancy due to their belief/religion (29%), false normal result (29%), and result showed that the disease was mild (10%).

The most common reason why parents did not undergo PND testing was that care providers did not recommend it (68%), followed by refusal to do PND testing (18%), and too late gestational age to have PND testing (8%).

Limitations of the study included recall bias from the questionnaire and incomplete data; the study was performed at a single center, which may limit generalizability.

“PND leads to earlier diagnosis and better growth outcomes,” the authors wrote. “Currently, it is easier for risk couples to access PND. However, the problem lies with both the obstetrician and pediatrician on how to screen for thalassemia and family planning to assist the spouses in deciding whether to have PND or not.” 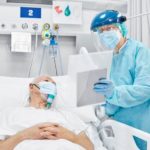 Beta Thalassemia Carriers May Be More Susceptible to Severe COVID-19