Cannabinoid hyperemesis syndrome was first clinically defined in 2004 as a syndrome of cyclical vomiting associated with cannabis use.11 This is alternately referred to as cannabis or cannabinoid hyperemesis syndrome without a distinction between plant or synthetic cannabinoid ingestion. Patients who present with the syndrome are often heavy, daily users of cannabis for longer than 1 year, who suffer from cyclical intractable vomiting spells, and who compulsively take hot baths/showers.12

The periodicity and duration of cannabis use is the most-often cited cause of CHS; the form in which a cannabis or a cannabinoid-based product is ingested is not typically a consideration. The relative incidence of CHS is exceedingly rare, as both THC and CBD are known to have antiemetic effects. Though many mechanisms for the proemetic effect have been proposed, no one is certain why cannabis appears to suppress emesis under certain circumstances and induces it in others. It is also unknown why only a small proportion of individuals develop CHS when the use of cannabis is so widespread.13

The vast majority of case reports of CHS are with whole-plant cannabis ingestion, however, some reports do exist for hyperemesis after ingestion of K2, Spice, and other commonly abused designer cannabinoids.14 There have been no published reports of CHS after ingestion of dronabinol or other prescription synthetic cannabinoids. This is likely due to the fact that these are rarely used for prolonged periods of time, and chronicity of use seems to be the hallmark for the development of CHS.

Overall, there has been minimal good-quality evidence published during the last 10 years that looks at either smoked or vaporized whole-plant cannabis in the treatment of cancer-related pain and nausea. This paucity of data is likely driven by the scheduling of the substance under the CSA and the legality issues surrounding research with whole-plant options.

On September 28, 2018, the Drug Enforcement Agency placed Epidiolex in schedule V of the CSA.15 This decision would also include generic forms of cannabidiol derived from cannabis, provided this cannabinoid product had no more than 0.1 percent (w/w) residual tetrahydrocannabinols. But, as noted in the Federal Register, “the bulk cannabis material used to make the Epidiolex formulation (as opposed to the FDA-approved drug product in finished dosage form) will remain in schedule I of the CSA.”

It is important to note that the DEA did not reschedule CBD itself, just the product Epidiolex, which contains CBD.

“As further indicated, any material, compound, mixture, or preparation other than Epidiolex that falls within the CSA definition of marijuana set forth in 21 U.S.C. 802(16), including any non-FDA-approved CBD extract that falls within such definition, remains a schedule I controlled substance under the CSA,” wrote the authors of the DEA rule.15 They added that they remained concerned about the distribution of unapproved CBD-containing products that tout unproven medical claims.

Because cannabis, in its natural state, was also not rescheduled, and remains in schedule I, researchers attempting to test the benefits and harms of the plant itself may still face significant challenges. What the future will look like for cannabis is highly uncertain at this point.

Nonetheless, investigators from Colorado State University Pueblo released a study examining the economic impact of cannabis in Colorado earlier this year and reported that the cannabis industry contributed more than $58 million dollars to the local economy.16 Given that the economic impact of cannabis has the capacity for exponential growth, and that the FDA has now approved a plant-based cannabis product, the research and development of plant-based pharmaceuticals will likely continue, despite existing barriers. 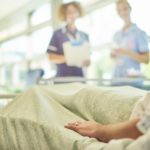