Despite previous evidence to the contrary, research published in Blood suggests that translocation (t) (11;14) and CCND1 do not directly affect the likelihood of response to venetoclax among patients with multiple myeloma.

Multiple myeloma remains an incurable disease, with most patients requiring several lines of therapy. Venetoclax, which has previously been approved for use among patients with chronic lymphocytic leukemia or acute myeloid leukemia, targets the BCL2 family, and appears to be highly effective when used to target disease cells dependent on BCL2.

While theoretical research suggests that myeloma is unlikely to respond to venetoclax, initial study suggests that the presence of t(11;14) may be linked with BCL2-targeting treatment sensitivity. As t(11;14) is present in up to 20% of patients with myeloma, researchers aimed to substantiate this connection.

For this cell line and patient sample analysis, researchers aimed to evaluate for characteristics that may be linked with venetoclax response in myeloma, including the BCL2 family proteins, RNA expression, and chromatin accessibility.

Overall, 31 myeloma cell lines and 25 patient samples were included. In the cell line analysis, results suggested that BIM binding to BCL2 is linked with venetoclax response, a finding which was corroborated by decreased sensitivity to venetoclax in line with BIM knockout.

In 21 of the 25 patients samples, the researchers identified a panel of surface markers—which were independent of t(11;14)—that appeared to predict a response to venetoclax. CCDN1 was, furthermore, shown to be unlikely to be linked with treatment response. The authors developed a prediction flow score for venetoclax response based on these findings.

The RNA expression analysis suggested, furthermore, that no single gene consistently predicted venetoclax response and resistance in the evaluated samples.

“Once further validated, our flow prediction score may serve as a simpler and more easily accessible assay that could be used to identify venetoclax-sensitive myeloma independent of t(11;14),” the authors wrote. 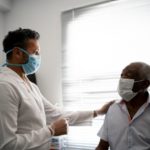