While multiple myeloma (MM) remains an incurable disease, an expanding range of treatment options in the past decade has led to greater long-term survival in this patient population, with a reported increase from 3 years previously to at least 7 to 10 years currently.1 Additional gains are expected as novel therapies for MM continue to emerge. In a review published in the International Journal of Hematology, Kenshi Suzuki, MD, PhD, director of Myeloma and Amyloidosis Center at the Japanese Red Cross Medical Center in Tokyo, examined the evolving state of treatment for transplant-eligible MM patients.1 Key points from the article are highlighted below.

As stated in the review, high-dose melphalan followed by ASCT has been linked with longer PFS and OS, as well as treatment-related mortality rates of less than 1%, and thus should be considered for all eligible patients.1 Study results indicate that early ASCT is associated with higher rates of CR, MRD–, and PFS compared with deferred ASCT. “Furthermore, ASCT can be considered for salvage in fit patients if the interval between the first ASCT and relapse is 18 months or more,” Dr Suzuki wrote.

“To improve the outcome of ASCT, it is important to eradicate MM tumor cells through the synergistic immunological effects of ASCT and peri- and post-ASCT treatment,” according to Dr Suzuki.1 “In our clinical practice, up-front ASCT is performed, followed by continuous multi-consolidation/maintenance regimens until [MRD–] is sustained for 2 years with DRd-Kd-EPd-Rd every 6 months (b phase).” Patients are subsequently monitored for relapse or MRD resurgence before treatment is stopped.

Anti‑CD38 monoclonal antibodies appear to have a synergistic effect with immunomodulatory drugs, based on the upregulation of CD38 expression in MM cell lines by pomalidomide (Pom) and lenalidomide (Len). In the ongoing phase 3 MAIA trial, the risk of disease progression or death was 44% lower in newly diagnosed patients with MM treated with daratumumab-Rd compared with Rd alone.4

In a phase 1b study of patients with relapsed or refractory MM (RRMM), single-agent isatuximab (Isa) demonstrated an overall response rate (ORR) of 24.3%, a median PFS of 3.7 months, and an OS of 18.6 months. Ongoing studies are investigating the use of Isa with pomalidomide/dexamethasone (Pd) in RRMM, and with VRd in newly diagnosed MM.1

Among other agents approved for RRMM, researchers found that once-weekly carfilzomib (K)-Rd (KRd) “showed promising activity with an acceptable safety profile in patients with newly diagnosed MM and reduce[d] the burden on elderly patients and those living far from hospitals.”1 Elotuzumab (Elo) in combination with Pd (EPd) demonstrated an ORR of 53% vs 26% with Pd and was found to have a favorable safety profile. Patients with RRMM who received ixazomib maintenance therapy after ASCT showed a 28% reduction in the risk of progression or death compared with placebo (median PFS, 26.5 vs 21.3 months).1

Other findings have shown prolonged PFS (median 11.2 vs 7.1 months, P <.0001) in patients with RRMM receiving bortezomib plus Pd (PVd) compared with Vd after treatment with 1 to 3 previous regimens including lenalidomide, and the efficacy and safety of oral Pom/CPA/Dex (PCd) in the first relapse following lenalidomide and bortezomib has also been noted.1 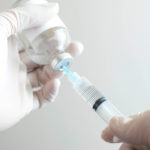 Elotuzumab, Lenalidomide, and Dexamethasone as Salvage Therapy for Multiple Myeloma