The randomized phase 3 CASSIOPEIA trial (ClinicalTrials.gov Identifier: NCT02541383) previously demonstrated that a daratumumab, bortezomib, thalidomide, and dexamethasone (D-VTd) induction and conditioning regimen improves both depth of response and PFS compared with bortezomib, thalidomide, and dexamethasone (VTd) among patients with transplant-eligible multiple myeloma. In this second part of CASSIOPEIA, researchers evaluated whether maintenance daratumumab yields improved outcomes vs observation only.

Overall, 886 patients (458 from the D-VTd arm and 428 from the VTd arm) from part 1 of CASSIOPEIA were randomly assigned to daratumumab maintenance (442 patients) or observation (444 patients). The median follow-up was 35.4 months, at which point the median PFS was not reached in the daratumumab group vs 46.7 months in the observation group (hazard ratio, 0.53; P <.0001). Median overall survival was not reached in both groups.

There was, furthermore, a significant interaction between maintenance and induction/consolidation randomization for PFS (P <.0001).

“In summary, the results of CASSIOPEIA part 2 show that daratumumab maintenance significantly improved outcomes compared with observation and was well tolerated in patients with newly diagnosed multiple myeloma who received VTd as induction and consolidation therapy and ASCT,” the authors wrote. “Longer follow-up is required to assess potential benefit in terms of progression-free survival after next line of therapy and overall survival in patients who received induction and consolidation with D-VTd.” 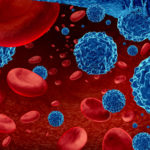