The phase 3 APOLLO trial (ClinicalTrials.gov Identifier: NCT03180736) included 304 patients with relapsed/refractory MM who were treated at 48 academic centers and hospitals across 12 European countries.

The patients were randomly assigned to receive dara plus pom-dex (151 patients) or pom-dex only (153 patients).

The median time to first response was 1 month in the dara arm and 1.9 months in the pom-dex arm. The median duration of response was not reached and 15.9 months, respectively.

The rate of fatal treatment-related AEs was 7% in both arms.

“[Dara plus pom-dex] is associated with a short administration duration for subcutaneous daratumumab and a low frequency of associated infusion-related reactions and injection-site reactions,” the study authors wrote. “The efficacy benefits of daratumumab plus pomalidomide and dexamethasone and the favorable administration characteristics of subcutaneous daratumumab make this a promising and convenient treatment option for patients with previously treated multiple myeloma.”

Disclosures: This research was supported by Janssen Research and Development and the European Myeloma Network. Some study authors declared affiliations with biotech, pharmaceutical, and/or device companies. Please see the original reference for a full list of disclosures. 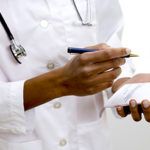