Chimeric antigen receptor T-cell (CAR-T) therapy has demonstrated effectiveness and safety in relapsed/refractory multiple myeloma (RRMM), according to a meta-analysis published in the International Journal of Medical Sciences.

RRMM treatments have come a long way and have drastically improved overall survival, but the disease remains incurable. CAR-T therapy has led to good remission rates in B-cell malignancies and has shown promise in MM and RRMM in preclinical trials.

A total of 77% of patients achieved an overall response (P <.01), and a pooled proportion of 78% of responders achieved measurable residual disease (MRD) negativity. The pooled complete response rate was 37%.

The pooled proportion of relapse based on 8 studies was 38%, and the median progression free survival (PFS) was 8 months.

Overall, CAR-T therapy has shown promising results in RRMM. No results of phase 3 randomized trials of CAR-T therapy for RRMM patients have been reported. Limitations of the study included a lack of uniform baseline characteristics for patients. Also, several studies were ongoing, and the authors used preliminary data to draw conclusions in this analysis.

Future research should focus on the cost-effectiveness of this therapy and its effectiveness in particular subgroups. 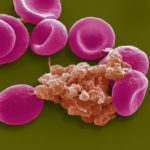