A recent study found that the use of daratumumab in treatment of multiple myeloma (MM) exceeds dosing recommended by the US Food and Drug Administration (FDA), leading to an extra cost per year for MM treatment estimated to be greater than $30,000. The study results were published in the journal Future Oncology.

“New therapies are approved based on data from clinical trials which are often undertaken at academic or advanced community practices with clinical research capabilities,” the researchers explained in their report. They continued, “however, post-marketing real-world data outside of these settings provide critical insights into the management of MM in a broader range of practice settings.”

The researchers examined the Integra Connect database for treatment patterns and associated costs of care for MM in patients treated with daratumumab. Data were evaluated for patients receiving this treatment between January 1, 2016, and March 31, 2020. The standard FDA-approved dosing schedule for daratumumab in treatment of MM involves 16 mg/kg of the agent given weekly during the initial 8 weeks. After this it is to be given every 2 weeks for 16 weeks, which ends at week 24. After week 24 it is to be administered every 4 weeks.

Based on the standard dosing schedule, the researchers estimated compliance dose ratios. These were calculated using an expected number of doses with a 52-week treatment, which was compared with the amount found in real-world treatment patterns. The researchers estimated how much standard dosing should cost over the course of a year, which they compared with observed real-world dosing costs.

With 52 weeks of standard daratumumab dosing totaling 23 projected doses, patients were estimated to have an expected cost of treatment of $167,826. However, based on observed dosing, the estimated total cost of 52 weeks of daratumumab in the overall population was $199,180, a difference of over $30,000.

The researchers considered this study’s findings to suggest daratumumab is used with more frequent dosing than recommended by the FDA. “This has a measurable impact on the cost of care, and dosing overcompliance is not supported by any published findings that indicate an improvement in patient outcomes,” the researchers concluded in their report. 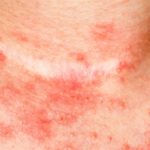 Treatment Duration and Interval of Bortezomib, Lenalidomide for MM Predictive of Skin Rash