In a review published in the journal Cells, a team of researchers based at the University of Parma in Parma, Italy, described the role of amplification of chromosome 1q, region 21 (1q21) in multiple myeloma (MM).

According to the researchers, 1q21 shows an elevated copy number frequently in patients with MM, with this occurring in 40% of de novo cases of MM and in 70% of relapsed/refractory cases. However, they noted, the genetics surrounding amplification of 1q21, and disease progression in patients with amplification, have remained unclear.

A variety of chromosomal abnormalities are commonly used in prognosis of MM, with aberrations appearing in some cases with tumor initiation and others appearing later in disease progression. Amplification of 1q21 is thought to be a common cytogenetic abnormality that occurs later in the disease process, and it is linked to a poorer prognosis, possible resistance to treatment, and progressive disease.

“The incidence of 1q21 copy number is correlated with clinical outcome,” the researchers wrote, highlighting the fact that having greater than 4 copies of 1q21 is linked to worse outcomes in patients with MM than are seen with 3 copies of 1q21, particularly in patients with relapsed/refractory disease. According to the researchers, the European Myeloma Network, partnering with the HARMONY Alliance, is aiming to incorporate 1q21 copy number changes into the Revised-International Staging System for application to prognosis in newly diagnosed MM.

Driver genes that are related to the 1q21 chromosomal region are not fully understood, but several genes are potentially involved. Candidate oncogenes identified by the researchers in their report included IL6R, MCL-1, BCL9, CKS1B and ILF2. The researchers regarded these genes or their products as potentially druggable targets. These genes all reside within the 1q21 region. The researchers noted that there may also be potential gene targets located outside of chromosome 1q that are affected by dysregulation arising from 1q21 amplification.

“The identification of potential therapeutic targets, along with the proper risk stratification for patients with 1q21 amp, will not only provide the rationale for individualized therapies according to clinical risk,” the researchers wrote in their review, “but also will also provide effective first-line treatments with a durable response for 1q21 MM patients who do not benefit from current therapies.” 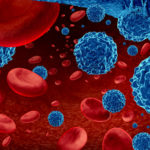 Can Patients With Multiple Myeloma Boost Their Immunity?