Sex differences were identified in single-gene level mutations and computational pathways, as well as overall survival (OS), among patients with myelodysplastic syndrome (MDS), according to the results of study published in Lancet Haematology. These results led to the development of a personalized sex-informed prognostic tool with a web portal for outcome predictions.

This observational cohort study retrospectively evaluated data from 13,284 adults with MDS from multiple registries. The primary outcome was effect of sex on OS.

The median age of the entire cohort was 73, 82.1% of patients were White with other races not reported, and 41.3% of patients were female. The revised International Prognostic Scoring System (IPSS-R) groups were similar between the male and female groups, except males were more likely to be in the low and very high-risk groups (P =.022 and .035) and females were more likely to be in the intermediate risk group (P <.0001).

However, the authors noted that men were more likely to have cardiac and renal comorbidities (23.3% vs 9.1%; P <.0001) and experience cardiac death (P <.0001) compared with women. This may have contributed to the survival bias between the sexes. Men demonstrated a 5-year non-leukemic death rate of 32.1% compared with 18.4% among women (P <.0001), but there was no difference is leukemic-related death.

These data led to the development of the sex-informed prognostic scoring system and sex-informed genomic scoring system. The tool with both sex and genomic information provided the greatest performance. In comparing this tool with the standard IPSS-R, restratification of patients ranged from 42.0% to 56.0% across the registries.

The authors concluded that “our results suggest that sex-informed approach can improve the personalized decision making process in patients with MDS and should be considered in the design of clinical trials including low-risk patients.” 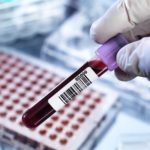