According to research published in JCO Global Oncology, the management of Waldenström macroglobulinemia (WM) appears to be heterogeneous, with limited access to molecular testing and novel agents, among patients in Latin America, but outcomes appear to be similar to those reported internationally.

Researchers retrospectively analyzed data from patients with WM diagnosed between 1991 and 2019 at 24 centers in 7 Latin American countries (Argentina, Brazil, Chile, Colombia, Mexico, Peru, and Uruguay) to investigate the clinical, therapy, and outcome patterns. The primary outcome was overall survival (OS), and the secondary outcome was progression-free survival (PFS).

They found that 89% of patients received first-line therapy, while 33% received second-line therapy, with chemoimmunotherapy being the most commonly used approach for both (66% and 45%, respectively). Treatment with ibrutinib was reported for only 11% of patients.

At a median follow-up duration of 69 months, the researchers found that the 5-year OS rate among all patients was 81%, and in patients who received treatment, the 5-year OS and PFS rates were 78% and 59%, respectively.

“We believe that the clinical information gathered in this cohort study should provide invaluable insight and guidance into treating this relatively rare and challenging disease, especially in resource-limited settings,” wrote the authors.

The primary limitations of the study were the retrospective design, absence of a centralized pathology review, and response assessments by each investigator in the various centers and countries. 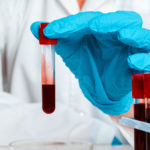