Increased fatigue, activity limitations, and increased concerns about the future were all significantly associated with post-traumatic stress symptoms (PTSS) in pediatric and adolescent survivors of Hodgkin lymphoma, according to study results presented at the 2021 American Society of Pediatric Hematology/Oncology (ASPHO) meeting.

“As the 5-year survival rate for pediatric Hodgkin lymphoma continues to rise over 95%, it has become increasingly important to address long-term secondary medical and mental health concerns in this patient population,” said study author Rachel S. Werk, MD, in a recorded presentation. Further, intrusive thoughts related to cancer treatments and avoidance associated with PTSS can have detrimental effects on survivors’ quality of life.

Participants in the Children’s Oncology Group (COG) AHOD0031 study completed 2 self-report questionnaires after the end of their therapy and 1 year later. PTSS was assessed based on the sum of 5 questions related to how often participants experienced symptoms of intrusive thoughts, avoidance, or feelings of nervousness.

Secondary health effects were not significantly associated with PTSS. The study authors noted that the symptomologies they investigated may not impact quality of life as much as severe symptomologies and so might contribute less than previously thought to PTSS.

“Future research should examine how long PTSS persist and focus on interventions targeted to risk factors to allow for improved quality of life and subsequently healthier outcomes among this population,” the study authors wrote in their poster. 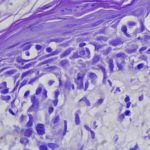