Although treatment-emergent adverse events (TEAEs) appear to be more common with lenalidomide maintenance compared with placebo in patients with diffuse large B-cell lymphoma (DLBCL) who responded to induction therapy, patients’ health-related quality of life (HRQOL) was not negatively affected, according to study results published in the British Journal of Haematology.

The findings come from a subpopulation analysis of the phase 3 randomized, controlled REMARC study (ClinicalTrials.gov Identifier: NCT01122472) in which patients were assigned to receive lenalidomide (25 mg/day) or placebo on days 1 through 21 of a 28-day cycle for 24 months after induction therapy using the combination regimen of rituximab, cyclophosphamide, doxorubicin, vincristine, and prednisone (R-CHOP).

In patients with DLBCL aged 60 years or older who had achieved a response with R-CHOP induction therapy, lenalidomide maintenance significantly improved progression-free survival (PFS) compared with placebo. In the new analysis, the investigators evaluated HRQOL, toxicities, and tolerability and manageability of TEAEs associated with lenalidomide maintenance therapy.

Patient HRQOL was assessed using the global health status (GHS) scale and the physical functioning and fatigue subscales of the European Organisation for Research and Treatment of Cancer quality-of-life questionnaire-C30 v3.0. The effect of TEAEs (classified as subjective and felt by the patient, or observable and measured by physicians) on dose reductions and discontinuations was also assessed.

Observable TEAEs led to dose reductions more often than subjective TEAEs in both the lenalidomide (54.3% vs 26.4%) and placebo arms (22.6% vs 11.8%), but dose reduction had no influence on PFS.

The researchers concluded that lenalidomide maintenance may prolong PFS in patients with DLBCL while having “no appreciable effect on quality of life.” 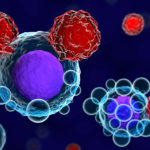