For patients with primary or secondary myelofibrosis (MF) who have already received ruxolitinib, momelotinib (MMB), an oral JAK inhibitor, was not superior to best available therapy (BAT) in reducing spleen volume, but was significant in improving disease-related symptoms, according to data from SIMPLIFY-2 (ClinicalTrials.gov Identifier: NCT02101268) presented at the 2017 American Society of Clinical Oncology (ASCO) Annual Meeting in Chicago.1

In this study, patients were randomly assigned to receive MMB (104 patients) or BAT (52 patients) for 24 weeks. MMB 200 mg was given once daily. For 88% of patients on BAT, treatment included ruxolitinib.

At 24 weeks, 70% and 77% of patients in the MMB and BAT arms, respectively, completed treatment.

Any-grade neuropathy was reported in 11% of patients on MMB and none on BAT.

The authors concluded that “24 weeks of MMB was not superior to BAT for SRR, but significantly better in improving disease related symptoms and transfusion independence.” 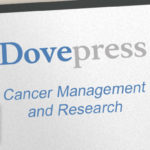 Rituximab in the Treatment of Follicular Lymphoma: the Future of Biosimilars in the Evolving Therapeutic Landscape