In a real-world analysis, researchers across France and Belgium evaluated results with first-line treatment of patients with primary mediastinal B-cell lymphoma (PMBL) and found that chemoimmunotherapy approaches may be associated with positive outcomes. Results of this study were reported in the journal Blood Advances.

In this retrospective analysis conducted across 25 centers, patients with PMBL had been given 1 of 3 first-line treatment approaches. These included rituximab plus doxorubicin, cyclophosphamide, vindesine, bleomycin, and prednisone (R-ACVBP), and rituximab plus cyclophosphamide, doxorubicin, vincristine, and prednisone (R-CHOP) given for either 14 days (R-CHOP14) or 21 days (R-CHOP21). The primary endpoint of the analysis was progression-free survival (PFS).

“In this study, patients who received R-CHOP14 or R-ACVBP had excellent outcomes with limited acute toxicity,” the researchers concluded in their report. They noted that these results suggest positive outcomes can occur for patients with PMBL using first-line chemoimmunotherapy without a requirement for radiation therapy. 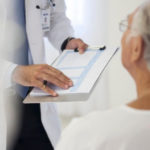