In patients with relapsed/refractory (R/R) large B-cell lymphoma (LBCL), an analysis of health-related quality of life (HRQOL) in the phase 3 TRANSFORM study showed more favorable outcomes for those treated with lisocabtagene maraleucel (liso-cel), compared with standard of care (SOC). Results of this analysis were reported in the journal Blood Advances.

The pivotal TRANSFORM study (ClinicalTrials.gov Identifier: NCT03575351) enrolled patients with LBCL, which was primary refractory or had relapsed in the first 12 months after starting first-line therapy that included anthracycline and a CD20-directed agent. Patients were randomized 1:1 to receive either liso-cel (target dose: 100 x 106 CAR+ T cells) or SOC as second-line therapy. Responders to SOC proceeded to high-dose chemotherapy and autologous stem cell transplantation.

This analysis involved HRQOL-related secondary study objectives. HRQOL was assessed based on results from the European Organisation for Research and Treatment of Cancer Quality of Life Questionnaire-30 items (EORTC QLQ-C30) and the Functional Assessment of Cancer Therapy-Lymphoma subscale (FACT-LymS). These assessments occurred at baseline, which was 3 days after randomization and at multiple intervals during and after treatment.

Between baseline and day 126, overall least-squares mean changes for fatigue and cognitive functioning were clinically meaningfully improved with the liso-cel arm, compared with the SOC arm. For patients of the SOC arm, clinically meaningful worsening was also demonstrated in mean change scores at month 6, compared with baseline, in global health status/QOL, pain, and fatigue, with fatigue also showing a meaningful worsening at day 29.

The study investigators concluded that this analysis showed favorable HRQOL outcomes with liso-cel, compared with SOC. “Coupled with the superior efficacy results, these data further support the use of liso-cel as a potential new SOC for second-line treatment in patients with early R/R LBCL,” the investigators wrote in their report. 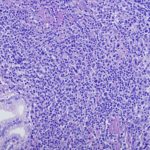