Including brentuximab vedotin in a first-line doxorubicin, vinblastine, and dacarbazine combination therapy (A+AVD) appears to improve overall survival (OS) outcomes among patients with stage III or IV Hodgkin lymphoma, according to research published in The New England Journal of Medicine.

Over the past several decades, patients diagnosed with stage III or IV Hodgkin lymphoma have been treated with doxorubicin, bleomycin, vinblastine, and dacarbazine (ABVD), which has greatly improved outcomes. Many patients, however, face relapse or have disease refractory to treatment, necessitating other first-line options.

Brentuximab vedotin is a CD30-targeting monoclonal antibody that has previously shown promise in the hematologic cancer setting, including in Hodgkin lymphoma. The randomized phase 3 ECHELON-1 (ClinicalTrials.gov Identifier: NCT01712490) was designed to evaluate the relative safety and efficacy of A+AVD vs ABVD as first-line therapies among patients with stage III or IV disease; a planned interim analysis suggested an OS benefit.

It was, however, previously unclear whether the OS benefit would hold in the long term. For the present paper, researchers conducted a long-term survival analysis of ECHELON-1 to determine whether A+AVD yields improved OS vs ABVD.

Patients in the A+AVD group were also less likely to have subsequent therapy or secondary malignancies (23 vs 32 patients with ABVD). Febrile neutropenia was noted with A+ABVD, because of which the researchers recommended primary prophylaxis with granulocyte colony-stimulating factor.

“The treatment of advanced Hodgkin’s lymphoma has been a success story in oncology, but only modest progress has been made in past decades,” the authors wrote in their report. “However, in this trial, treatment with A+AVD resulted in an improvement in both progression-free survival and overall survival.” 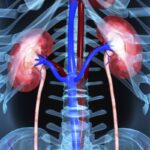