In a clinical trial, researchers developed a prognostic model for outcomes in pediatric patients with classical Hodgkin lymphoma (cHL) based on gene expression data, and the model helped to identify those with a higher risk of treatment failure. The researchers presented the model in a report recently published in the journal Blood.

In the Children’s Oncology Group AHOD0031 trial (ClinicalTrials.gov Identifier: NCT00025259), pretreatment biopsy samples were obtained from pediatric patients with cHL to use in comparison with previously published data from adults with cHL. Biopsy samples consisted of formalin-fixed, paraffin-embedded tissue. The samples were subjected to gene expression profiling (GEP) in order to evaluate the biology of the tumor microenvironment (TME), to identify factors correlating with treatment failure, and to construct a prognostic model for pediatric cHL with event-free survival (EFS) as the outcome of interest.

A total of 274 tissue samples were obtained, of which 246 samples (90%) were evaluable for GEP. An earlier model for prediction of overall survival in adults with cHL was found to be less predictive of outcomes when applied to pediatric patients with cHL in this study. Gene signatures associated with eosinophils, B cells, and mast cells appeared enriched in pediatric patients, compared with adult patients. However, signatures related to macrophages and stroma were more highly represented in adult patients.

The model developed by the researchers in this study appeared to have utility in predicting EFS in pediatric patients. The model was called PHL-9C, and it was developed using features from 9 cellular components associated with 111 genes. These components were related to the following cell types: regulatory T cells, mast cells, T-helper 2 cells, myeloid-derived suppressor cells, Hodgkin and Reed-Steinberg cells, follicular dendritic cells, B cells, cytotoxic T cells, and T-helper 1 cells.

A validation analysis using the 9HL-9C model resulted in predictions for weighted 5-year EFS rates of 75.2% for a high-risk group, compared with 90.3% for a low-risk group (P =.0138). A multivariate analysis also suggested that 9HL-9C was independently predictive of EFS even with stage IV disease, fever, albumin level, and status as a slow early responder as factors included in the analysis.

“In conclusion, we demonstrate that GEP reflective of TME biology is prognostic for treatment outcome in a large proportion of children with cHL and that a gene expression–based biomarker assay, PHL-9C, reliably identifies patients at high risk for treatment failure in a risk-adapted treatment regimen,” the researchers wrote in their report. 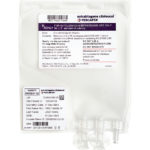