Risk for secondary hematologic malignancy in patients with follicular lymphoma may increase after multiple lines of treatment, according to results published in the British Journal of Haematology.

Secondary hematologic malignancies are the third most common cause of mortality in patients with follicular lymphoma. However, the exact incidence of and risk for secondary malignancies in this patient population are unknown.

In a retrospective analysis, researchers collected data from 1028 patients with follicular lymphoma who received treatment at hospitals in Finland and Spain between 1997 and 2016. First-line treatments were classified as therapy containing anthracycline, therapy containing bendamustine, radiation therapy, other chemotherapy, or other treatments such as surgical removal and watch and wait. Secondary hematologic malignancies were defined as malignancies diagnosed 1 year or longer after treatment initiation.

Risk for secondary malignancy was 1.1% at 5 years and estimated to be 2.7% at 10 years, with a standardized incidence ratio of 6.2 (95% CI, 3.4-10.5). The 5-year risk was higher for patients who underwent more than 1 line of treatment, growing from 0.5% after first-line treatment to 1.6% after second-line treatment. This association remained when a time-dependent variable was included in the analysis; patients who received 2 or 3 lines of treatment experienced higher risk for secondary malignancy compared with patients who received only 1 line (P =.043 and P =.022, respectively).

High International Prognostic Index score (P =.044), presence of B-symptoms at diagnosis (P =.008), and number of treatment lines (P =.016) were all identified as risk factors. First-line treatment containing anthracycline or other chemotherapy were both associated with increased risk for myelodysplastic syndromes (P <.001 for both) and acute myeloid leukemia (P =.003 and P =.009, respectively). No secondary hematologic malignancies were reported in patients who received first-line treatment with bendamustine.

The researchers suggested limiting the risk of developing secondary malignancy following second-line treatment by striving for as long a remission as possible with first-line treatment and by treating low-risk patients with immunotherapy rather than chemotherapy. 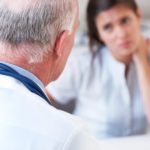