According to research published in Pediatric Blood & Cancer, brentuximab vedotin (BV) in combination with bendamustine appears to be safe and efficacious in pediatric patients with relapsed or refractory (R/R) Hodgkin lymphoma (HL).

“Although children and young adults with Hodgkin lymphoma usually have a favorable prognosis, patients with primary refractory disease and some subsets of relapsed patients still have a dismal outcome,” the authors wrote in their report.

To evaluate role of BV with bendamustine as a suitable salvage therapy, the investigators conducted a retrospective analysis of toxicity and outcomes in pediatric and young adult patients with R/R HL who received the combination treatment with the aim of obtaining a durable remission as bridge to hematopoietic stem cell transplantation (HSCT).

Objective response was evaluated by high-resolution computed tomography and 18 fluorodeoxyglucose-positron emission tomography scans performed at diagnosis, after the first 2 cycles and at the end of treatment. Disease response assessment was defined, according to Cheson’s Criteria, as complete remission (CR), partial remission (PR), stable disease, and progressive disease (PD). Patients were considered to have a complete response, regardless of residual mass size, when all target lesions had a Deauville score ≤3.

At the time of treatment, patients’ median age was 16 years (range, 8-25). Extranodal disease was present in 66% of patients. Among all patients,  53% had primary refractory disease, and 47% had relapsed disease. Patients had received a median of 2 prior chemotherapy regimens (range, 1-10), and 50% had received prior radiation therapy, while 16% had received either autologous or allogeneic HSCT. Prior BV had been given to 9% of patients, and single agent bendamustine had been given to 1 patient.

Patients received a median 4 of treatment cycles (range, 2-6). The treatment was considered well tolerated and demonstrated a toxicity profile consistent with previously published data. The most common treatment-related adverse event was grades 3-4 hematological toxicity in 44% of patients. Peripheral neuropathy (reversible in all cases) was observed in 9% of patients. No grade 5 treatment-related adverse events to were observed.

After the first 2 treatment cycles, 28 of 32 patients (87.5%) underwent early response assessment. Of 28 patients, CR was documented in 15 (54%) and PR in 13 (46%). After the early response assessment, 2 deaths occurred (1 due to subsequent relapse and progression and 1 in CR due to transplant-related mortality following allogeneic HSCT). The investigators reported that the remaining 13 patients are alive and remain disease free.

“Our experience confirms that the combination of BV and bendamustine is a valuable therapeutic option in children and adolescent and young adults with R/R HL, both for heavily pretreated patients and in the first-line settings, offering a chance of achieving CR or disease control with manageable toxicity,” concluded the investigators. “[Our] results suggest that this treatment is a suitable option as a bridge to HSCT.”

The main limitation of the study was the retrospective design. The investigators noted that the findings need to be confirmed in a prospective clinical trial with more patients. 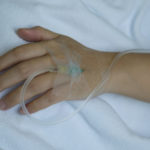