Of the various genetic mutations associated with acute myeloid leukemia (AML), internal tandem duplications in FLT3 (FLT3-ITD) and mutations in CEBPA were found to be predictors of prognosis in patients with AML regardless of whether they had undergone hematopoietic stem cell transplantation (HSCT), according to study findings published in Biology of Blood and Marrow Transplantation.

Researchers in China assessed the effects of cytogenetic changes and gene mutations on clinical outcomes in 977 patients with AML who were enrolled at the First Affiliated Hospital of Soochow University in China between 2006 and 2016.

Patients who underwent HSCT for consolidation experienced a better prognosis than patients who received chemotherapy as consolidation, suggesting that undergoing HSCT may allow patients to overcome the negative prognosis associated with abnormal karyotype at initial diagnosis. 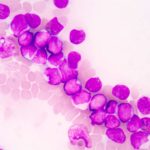