Late events with CD19-targeted chimeric antigen receptor T-cell (CAR-T) therapy may be mild and likely related to the underlying disease or previous or subsequent therapies, according to research published in Biology of Blood and Marrow Transplantation.

This retrospective analysis included 86 patients with relapsed or refractory acute lymphoblastic leukemia, non-Hodgkin lymphoma, or chronic lymphocytic leukemia in a phase 1/2 clinical trial (ClinicalTrials.gov Identifier: NCT01865617) who were treated between July 2013 and February 2017 and had survived for at least 12 months after treatment. Late adverse events (AEs) were defined as events that started or persisted beyond 90 days after CAR-T infusion.

The researchers found that 73% of patients remained alive after a median follow-up of 28.1 months (range, 12.5-62.6), and 24% were in ongoing complete remission at last follow-up. Hypogammaglobulinemia (immunoglobulin G levels < 400 mg/dL or intravenous immunoglobulin replacement) was the most common late adverse event and was observed in 67% of patients with available data.

There were a total of 153 infection events in 33 of 54 patients for whom data were available; this yielded an infection density of 0.55 infection per 100 days at risk, or 2.08 infections per patient-year. In total, 80% of infections were treated in the outpatient setting, and 5% of patients who developed an infection required admission to an intensive care unit.

Subsequent malignancies occurred in 15% of patients, including 5% with myelodysplastic syndrome and 1% with multiple myeloma. Of 19 patients with ongoing complete remission who did not have MDS, 3 (16%) experienced prolonged cytopenia requiring transfusions or growth factor support. Of 15 patients who had undergone previous allogeneic hematopoietic cell transplantation, 3 (20%) developed graft-versus-host disease.

The researchers acknowledged that limitations of their study included its retrospective nature, small sample size, and variation in doses administered to patients. In addition, data collection was inconsistent, as some patients returned to the care of their primary oncologist outside the trial.

Despite these limitations, however, the researchers concluded that CD19-targeted CAR-T therapy may have an acceptable safety profile. They suggested these findings may provide useful approximations of late adverse event incidences, which could inform counseling of patients undergoing CD19-targeted CAR-T therapy. “Continuing prospective systematic follow-up is needed for a better understanding of the late effects of CAR-T therapy and for establishing evidence-based long-term follow-up and treatment guidelines,” the researchers concluded. 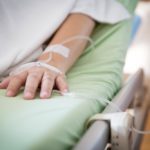 A New Era: Drug Development for Acute Myeloid Leukemia After the Approval of Venetoclax