Researchers conducted a secondary analysis of a previously published randomized controlled trial,2 in which a validated, self-report nausea severity assessment tool assessed the use of acupressure for preventing CIN in pediatric patients receiving highly emetogenic chemotherapy.

The analysis included 165 patients in the acute phase, which started when the first dose of chemotherapy was administered and continued until 24 hours after administration of the final chemotherapy dose, and 144 patients in the delayed phase, which started after the final chemotherapy dose and continued for up to 7 days. The primary endpoint was nausea severity, defined as the highest self-reported nausea severity score observed during each 24-hour period in the 2 phases of the analysis.

The researchers suggested genetics may play a role in susceptibility to CIN and response to antiemetic agents. They concluded that their findings “may provide a framework for balancing patient allocation across treatment arms in future pediatric trials evaluating CIN interventions.” Furthermore, their findings could inform future risk-based, personalized CIN prophylaxis regimens for children receiving emetogenic chemotherapy. 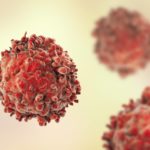 Ponatinib as a Treatment for Philadelphia Chromosome-Positive Acute Lymphoblastic Leukemia