Among some pediatric patients with acute lymphoblastic leukemia (ALL), several factors, including prephase dexamethasone and using total intravenous anesthesia during intrathecal therapy, are linked with improved central nervous system (CNS) control, according to research published in Blood.

Overall survival (OS) rates have greatly improved among pediatric patients with ALL over the past several decades. In high-income countries, these patients have 5-year event-free survival (EFS) and OS rates of as high as 80% and 90%, respectively.

Given this improvement in survival, researchers have increasingly focused on improving patient quality of life, and aim to reduce the risk of second malignancy and treatment-induced neurotoxicity. To reduce neurotoxicity rates, some protocols have stopped using prophylactic cranial irradiation. Instead, for CNS-targeted treatment, clinicians have increasingly relied on risk-adapted systemic and intrathecal therapy.

While previous study suggested that this change in protocols has not impaired disease control rates in the CNS in most patients, a small subset—1.3% of patients—had CNS relapse. For this study, researchers retrospectively analyzed data from a previous study into pediatric ALL to identify prognostic factors for CNS control in patients treated without cranial irradiation.

Overall, data from 7640 patients with ALL treated between 2015 and 2019 were included. Patients treated on the previous study all received prephase dexamethasone treatment prior to conventional remission induction. This was followed by risk-directed therapy, which included up to 22 triple intrathecal treatments. No patients received prophylactic cranial irradiation.

“It will be of interest to study neurocognitive function of our survivors having received intensive intrathecal, high-dose methotrexate, and dexamethasone treatment without cranial irradiation,” the authors wrote. 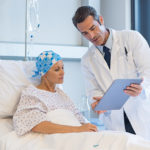