Addition of autologous anti-CD19 chimeric antigen receptor T cells (huCART-19) to ibrutinib leads to high rates of durable and deep remissions and high rates of MRD-negative marrow response, in patients with chronic lymphocytic leukemia (CLL) who had not achieved complete remission (CR) despite ≥6 months of ibrutinib treatment, according to research published in Blood Advances.

Researchers conducted a prospective single-center phase 2 trial evaluating the addition of huCART-19 to ibrutinib in patients with CLL not in CR despite ≥6 months of ibrutinib (ClinicalTrials.gov Identifier: NCT02640209). Endpoints included the safety of huCART-19 administration in combination with ibrutinib (primary endpoint) and dose feasibility and efficacy measures (secondary endpoints) within 3 months.

A total of 20 patients were enrolled in the study, 19 of whom received huCART-19. Patients had a median age of 62 years (range, 42-76), received a median of 2 prior therapies (range, 1-17), and had a median marrow CLL burden of 20% (range, 5-80%). Most (75%) patients had a history of poor-risk cytogenetic or molecular abnormalities. Ibrutinib was first-line therapy in 6 patients. CAR T cells had been received previously by 3 patients. Among 18 patients who received a huCART-19 infusion and survived ≥1 month, the median follow-up duration was 42 months (range, 17-58 months).

Of the 19 patients included in the safety analysis, the investigators reported that 18 patients (95%) developed cytokine release syndrome (CRS; grade 1-2, n=15) beginning at a median of 2 days (range, 2-12) after the first huCART-19 infusion with median duration of 7 days (range, 3-10). They observed neurotoxicity in 5 patients (26%; grade 1-2, n=4, grade 4, n=1), grade 3-4 neutropenia in 10 patients (53%), and thrombocytopenia in 7 patients (37%). The team reported deaths of 2 patients; 1 patient died of cardiac arrest on day 10 after infusion following grade 4 CRS and grade 4 immune effector cell associated neurotoxicity syndrome and another patient died of infection while on ibrutinib and with ongoing hypogammaglobulinemia in CR at 31 months.

Among International Working Group on CLL-evaluable patients, the researchers reported a 3-month CR rate of 44% (90% CI, 23-67%), and they found that 72% of patients tested had no measurable residual disease (MRD) at 12 months. They observed a 48-month estimated overall survival of 84% and progression-free survival of 70%. Of 15 patients with undetectable MRD at 3 or 6 months, the investigators reported that 13 remain in ongoing CR at last follow-up.

“Our trial indicates that some patients with persistent CLL despite ibrutinib can receive a “one and done” treatment that leads to durable remissions with acceptable toxicity. We were encouraged to observe that all 6 patients treated with first-line ibrutinib followed by CART combination remain in remission at the last follow-up, raising the possibility of turning CLL into a rapidly curable disease,” the researchers concluded.

The main limitation of the study was that it was not designed to test outcomes after ibrutinib discontinuation.

Disclosure: This research was supported by Novartis Pharmaceuticals. Please see the original reference for a full list of disclosures. 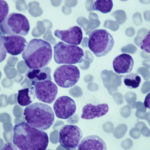