Mutated CEBPA (CEBPAmu) has been identified a prognostic factor with AML, and mutations are frequently found in a region called the basic leucine zipper (bZIP) domain, the researchers conducting this study explained in their report. They had an aim of evaluating how CEBPAmu patterns were associated with clinical AML features.

The study was a multicenter, retrospective analysis based in Japan and involving patients with de novo AML. Following diagnosis, patients with ≥20% blasts in bone marrow or peripheral blood had samples obtained for extraction of genomic DNA from mononuclear cells of bone marrow or peripheral blood. Multiple genes, including CEBPA, were sequenced for mutational analyses. Patients were also evaluated for risk status according to European Leukemia Net (ELN) 2017 criteria. The primary endpoint of the analysis was overall survival (OS), and cumulative incidence of relapse (CIR) was also evaluated in patients who achieved complete remission.

A total of 1028 patients were included in the analysis, and 864 of these patients were 70 years of age or younger. The study had a median observation time of 686.1 days. Based on ELN status, 146 patients were considered to have favorable-risk status, 647 had intermediate risk, 160 had a poor-risk status, and remaining patients were categorized as having unknown karyotypes.

CEBPAdm was reportedly associated with long OS and CIR, while CEBPAsm overall was found to not be a significant prognostic marker. However, for patients with CEBPAsm, mutations within the bZIP domain were associated a significantly longer median OS than mutations outside of bZIP were (not reached versus 630 days, respectively; P =.008).

In a subgroup of patients with CEBPAsm, intermediate-risk status, and ≤70 years of age, the presence of mutations within bZIP was associated with a significantly longer median time to relapse than was seen with mutations outside of bZIP (not reached versus 560 days; P =.026). Additionally, multivariate analysis across all evaluable patients with an age of 70 years or younger showed that CEBPAmu in bZIP was the strongest favorable prognostic variable in terms of OS (hazard ratio, 0.3287; 95% CI, 0.1852-0.5834; P <.001).

“In summary, this study suggests that CEBPAmu in bZIP is strongly associated with a favorable prognosis, whereas CEBPAmu out-of bZIP is not,” the study authors concluded in their report. They added, “CEBPAmu in bZIP is a better prognostic marker than CEBPAdm.” 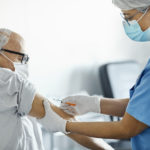