Long-term follow-up of ibrutinib plus rituximab (IR) treatment of chronic lymphocytic leukemia (CLL) demonstrated that the regimen is well tolerated by most patients and resulted in sustained improvement in survival, according to an analysis of the E1912 phase 3 trial published in Blood.

The initial analysis of the E1912 trial demonstrated that IR significantly prolonged overall survival (OS) and progression-free survival (PFS) compared with fludarabine plus cyclophosphamide and rituximab (FCR) among patients with CLL. This analysis includes data from a median of 5.8 years of follow-up, which was 3 additional years from the initial report.

The E1912 trial randomly assigned 529 treatment-naïve patients with CLL 2:1 to receive IR until disease progression or unacceptable toxicity, or 6 cycles of FCR. The primary endpoint was PFS and secondary endpoints included OS.

“In conclusion,” the authors wrote, “with a median follow-up of approximately 6 years, the long-term results of the E1912 trial continue to demonstrate superior PFS and OS for IR therapy relative to FCR in patients with mutated or unmutated IGHV.”

Disclosures: This study was supported in part by Pharmacyclics, Inc (a subsidiary of AbbVie). Please see the original reference for a full list of disclosures. 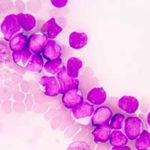