The use of undetectable measurable residual disease (uMRD) to determine discontinuation of venetoclax or the addition of ibrutinib resulted in achievement of similar depth of response among patients with relapsed/refractory (R/R) chronic lymphocytic leukemia (CLL), according to the results of a phase 2 study published in Blood.

This multicenter, open-label, phase 2 IMPROVE study treated 38 patients with R/R CLL with venetoclax for 11 cycles. Patients who achieved uMRD4 (<10-4) at cycle 12, day 1 discontinued venetoclax, whereas patients who were MRD-positive initiated ibrutinib. At cycle 24, day 28, patients who achieved uMRD4 discontinued both venetoclax and ibrutinib, and MRD-positive patients continued with both drugs until progression or toxicity. The primary endpoint was uMRD4 and secondary endpoints included response, duration of response (DOR), progression-free survival (PFS), overall survival (OS), and safety.

At baseline, the median age was 64, and the majority of patients were Rai stage I-II. There were 79% of patients with unmutated IGHV, 29% with a TP53 mutation, 21% with del(17p), 28% with del(11q), and 27% with del(13q). The median number of prior therapies was 1 (range, 1-7), with most patients having received either fludarabine plus cyclophosphamide with or without rituximab or bendamustine plus rituximab.

Of the 33 patients who discontinued treatment due to achievement of uMRD4, 78% demonstrated MRD relapse within a median of 7 months. However, only 8 of these patients developed clinical progression.

There were no grade 4 adverse events (AEs), and the most common grade 3-4 AE was neutropenia. Other common AEs of any grade included cough, fever, diarrhea, and upper respiratory tract infection.

The authors concluded that “this MRD-driven strategy allowed identical depth of response to be reached in each patient with an individualized time-limited approach, preventing overtreatment…and identifying individuals who may benefit from continuous treatment.”

Disclosures: This study was supported by AbbVie. Please see the original reference for a full list of disclosures. 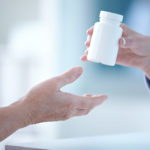